Necessity is the mother of invention. Here is our round-up of the top ten weirdest attempts to solve the problem of energy access through innovation. 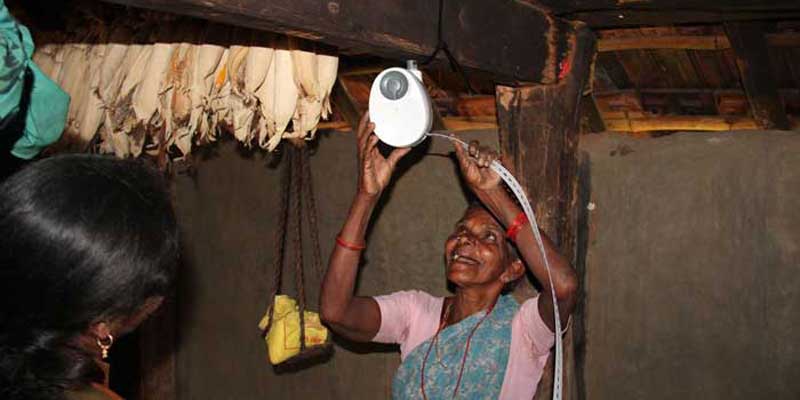 Some innovations are so simple they seem destined for success. By simply lifting a bag of earth and letting it slowly drop, GravityLight can provide 20 minutes of continuous light. No battery or sunlight is required for the device to operate and, unlike kerosene lamps, there are no harmful fumes emitted.

The invention is the brainchild of two London-based designers who hoped to solve the problem of off-grid lighting in the developing world. Since the project’s inception in 2012 the growing team has consistently met funding targets, garnering the attention of international news outlets and a shout-out from Bill Gates. Most recently the project raised $250,000 through crowd funding enabling them to begin establishing a manufacturing base on the ground in Kenya. 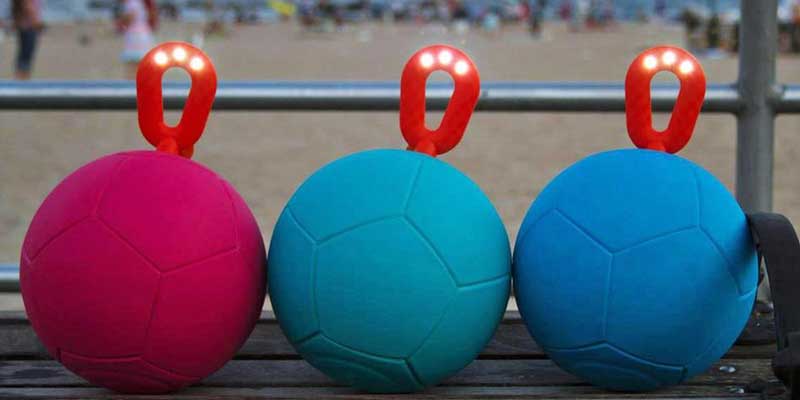 In the annals of voguish energy access start-ups, Uncharted Play must win a special mention for quickest media frenzy. Talking to Forbes, co-founder and CEO Jessica O. Matthews said, “it’s like we were a company born into folklore. We had to grow up in the public eye.”

Early interest is not necessarily an indicator of eventual success. Jessica’s concept of play equipment that generates energy when used has great intrinsic appeal, but making a product that is affordable and marketable in the developing world is another matter entirely.

Despite early setbacks the company has now distributed aver 50,000 products, mostly in western markets. Soccket II is a football, which after 30 minutes of play can power a lamp for three hours. It weighs only an ounce more than an average football and can still be used for some classic tricks. Retailing at $99 the jury is still out on whether it, or similar energy harvesting technologies, will score were it is most needed. 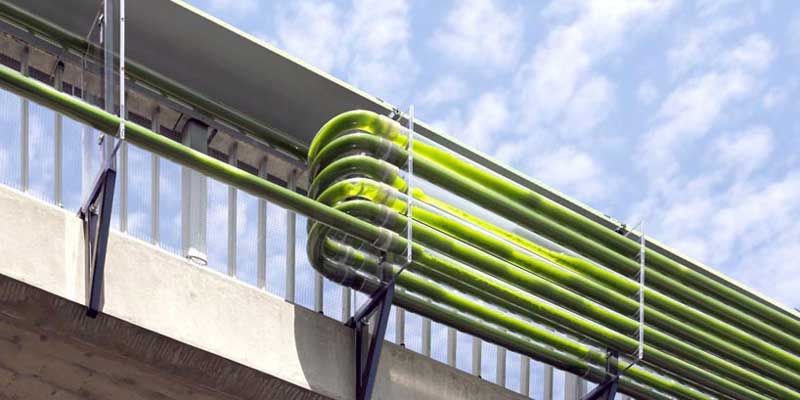 Algae has been seen for some time as a promising source of biofuel. ‘Co-operation of architects, creative minds and designers’, CloudCollective, have both devised and implemented an intriguing way of integrating algae production into urban landscapes.  They suggest that algae farms might be stored above roads, feeding off CO2 emissions from cars and sunlight. The crop might then be harvested, filtered and processed into a viable fuel. This approach, while some way from a developed technology, could offer an attractive way to reduce pollution locally whilst generating energy. 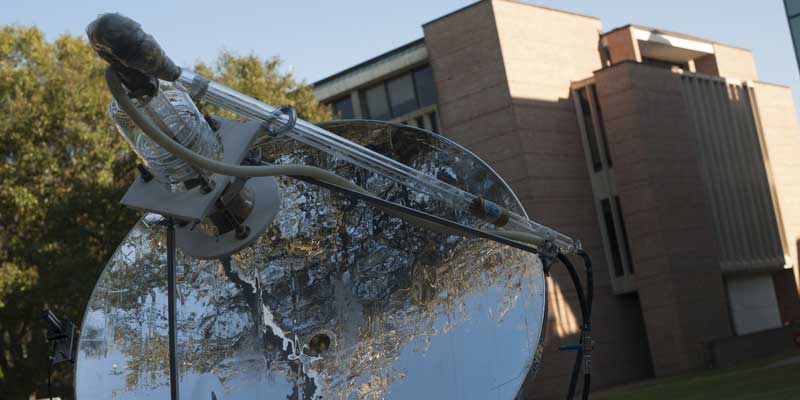 Not all off-grid technologies are about generating electricity. According to Naomi Halas from Rice University, “sanitation technology isn’t glamorous, but it’s a matter of life and death for 2.5 billion people”. Her team has developed a novel technique for rapidly converting light into heat using especially designed nanoparticles. The light-activated particles heat up so quickly in concentrated sunlight that they can convert icy cold water into steam in seconds.

The steam can then be used for sterilisation, much like a normal autoclave. Their solar system is off-grid, simple to use, and boasts an impressive overall efficiency of 24%. The technology is potentially suitable for treating human waste and for cleaning surgical equipment. The project has been awarded a grant from the Bill and Melinda Gates Foundation and the work continues.

5) A Barrel in Water 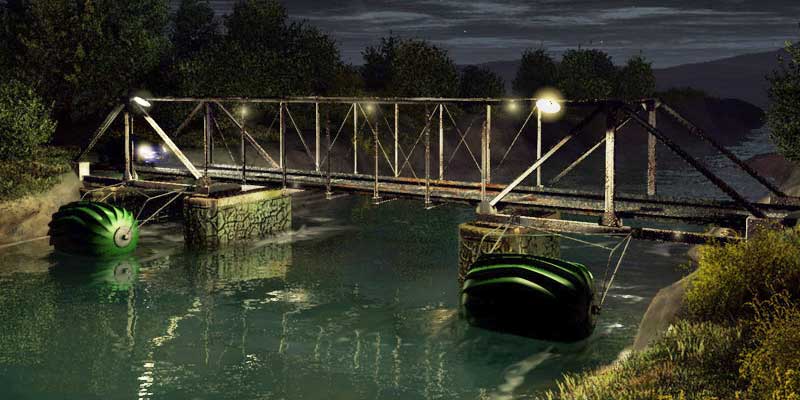 The carefully tuned chevron shapes on the surface of a simple plastic drum allows the device to enter and exit the water without kicking up water or getting dragged in whilst it rotates. Hook the drum up to a dynamo and you have a simple, robust way of generating energy from streams and rivers.

The team claims that one device is adequate for anything from battery charging to powering refrigeration. In development since 2009, the HEB is not a new idea, and progress has admittedly been slow. However, if simplicity and a hardy aesthetic are anything to go by, the HEB team have have a bright future downstream. 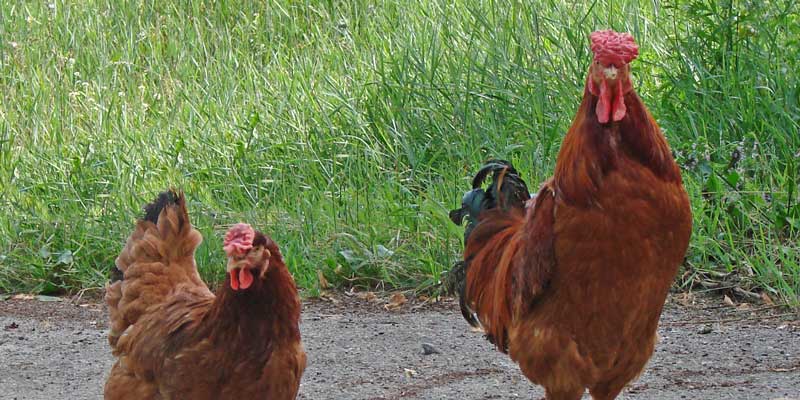 Using animal waste as fuel is nothing new but the diversity of ‘fuel sources’ now in use might surprise you. At the extreme end, there have been projects to use human fat obtained from liposuction to power vehicles.

The Dutch government has opened a biomass power plant that will convert one third of the nation’s chicken waste, which amounts to 440,000 tons, into 270 million kilowatt hours of energy per year—enough to power 90,000 homes per year. Biomass can also be used on a much smaller scale in rural communities, in personal biomass generator of linked to mini-grids.

Apparently, if you stick a metal rod into a tree and a conductor into the ground you can generate an electrical current somewhere between twenty and several hundred millivolts. Various research teams have show that enough power can be drawn to run LEDs and small sensors. In collaboration with MIT, US start-up Voltree has been awarded patients in the area and is now Today, Voltree Power is working to provide ‘sensing solutions’ with a focus on agricultural, environmental, and natural resource preservation.

It is unlikely that trees could ever provide serious amounts of power but they may offer a path to affordable energy storage, through the manufacture of supercapacitors. One of the major barriers to off-grid infrastructure is the requirement to separate generation and usage by storing  energy. Researchers from Oregon State University (OSU) have shown how  cellulose from trees can be used to make cheap, high-quality carbon electrodes for high performance batteries. 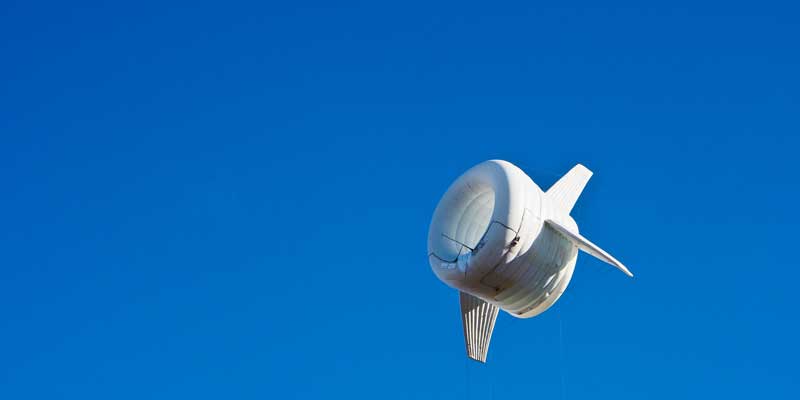 The renewable energy sector has been competing to build the highest wind turbine for some time now. Next to Altaeros Energy’s offering, this rivalry seems somewhat terrestrial in scope. Their stunningly beautiful design, slips its tethers all together and takes to the skies.

Floating a turbine at a high altitude brings a number of benefits, not least access to higher wind-speeds and consequently greater efficiency. The design should be of considerable interest to rural communities seeking access to energy at an affordable rate.

The current prototype Buoyant Airborne Turbine (BAT) has a power capacity of 30 kilowatts an hour, enough to power 12 homes. The company is looking at developing a 70-kilowatt model capable of withstanding hurricane-force winds. With recent large investments fro Mitsubishi Heavy Industries (“MHI”) and the Suhail Bahwan Group (“SBG”), the company is climbing rapidly towards a commercial product. 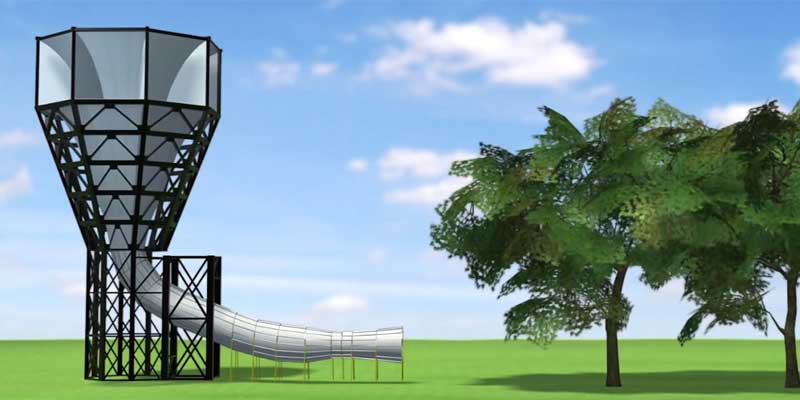 Reinventing the wheel is often discouraged as an inventive strategy. However, this does not seem to have discouraged Minnesota-based start-up Sheerwind.

Their novel wind generator, snappily named INVELOX, makes use of a well known principle in fluid mechanics called the the Venturi Effect. The top of its structure funnels air downwards forming a ‘jet-effect’. The directed stream of air then drives a small turbine at the base of the tower. Its inventors claim that the device works extremely efficiently at very low wind speeds, with low operating costs and a less intrusive form factor.

INVELOX is certainly safer than traditional designs for local birdlife. This has lead to the technology being installed to power a research station at Palmyra Atoll, located 1,000 miles south of Hawaii. 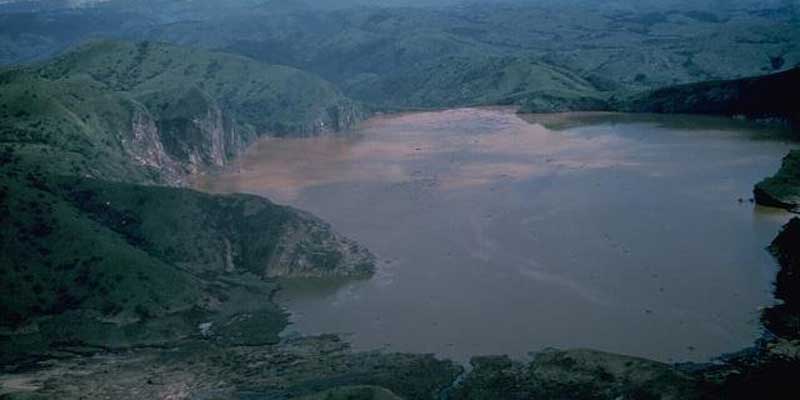 It takes a special mind to see a devastating natural hazard as an opportunity. You may not be aware of the danger of exploding lakes but they can be lethal. In 1986 more than 1000 people were suffocated to death in Cameroon by a cloud of carbon dioxide released from lake Nyos.

Lake Kivu, on the border of Rwanda and The DRC, is a massive potential time bomb. Volcanic activity nearby has packed the water with and estimate 1000 times more carbon dioxide and methane than Lake Nyos.

The Rwandan government plans to extract the gas through risers in and use it to turbines in a gas power plant. It is thought that this lake alone could double Rwanda’s electricity output. However there are risks, including potential for the gas to escape if the process is not carries out correctly.

Permanent link to this article: https://e4sv.org/10-surprising-renewable-off-grid-energy-sourceseccentric-energy-off-grid-communities/