In the early nineties, Mawuli Tse spent time in Cape Verde, as part of a group working to install 5,000 photovoltaic systems in homes on the archipelago. “They were so progressive,” he says. “My thought was, if Cape Verde was doing so much, then why not Ghana.” In 1998, the mechanical engineer, who studied at MIT in the US, launched Solar Light Africa. The limited liability company was launched with his own funds, and the hands-on support of family members. Some 400 systems have been sold, impacting around 2000 people. More than half of Solar Light Africa’s customers are still using their solar systems ten years on, according to a recent internal report, says Tse.

Solar Light Africa started with “bold and ambitious ideas which tempered over time,” laughs Tse; his background includes forays in the software, telecoms and internet industries. The team “quickly abandoned” experiments in building their own controllers and other components, going for tried and proven solutions. However, the core philosophy remains. “One of the ideas that has driven us to this day is that if we can build it, we should,” says Tse. “We also adapt designs for this market. The day we buy complete systems or kits from someplace and just plunk them onto a customer’s front porch is the day we are out of business.” 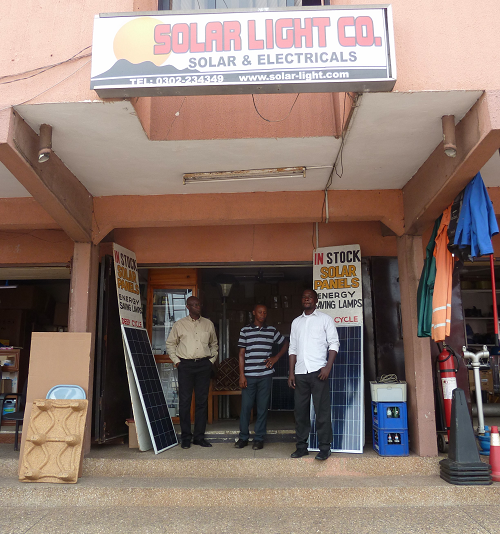 Solar Light Africa has consciously stayed away from working in rural communities, for example the Volta region, which ranges from coast, grassland, hilly areas and savannah. This is not necessarily about access, but other limitations. “Rural has been a perfect storm of bad business,” he explains. For one, there is a poor customer base in dispersed communities where it is difficult to maintain the systems. As the company has evolved from supplies and installations to becoming service-focused and using “best in class” components, so too has the fact made it incompatible with rural zones. “As a service business particularly, it’s going to be inordinately expensive to service rural customers.” 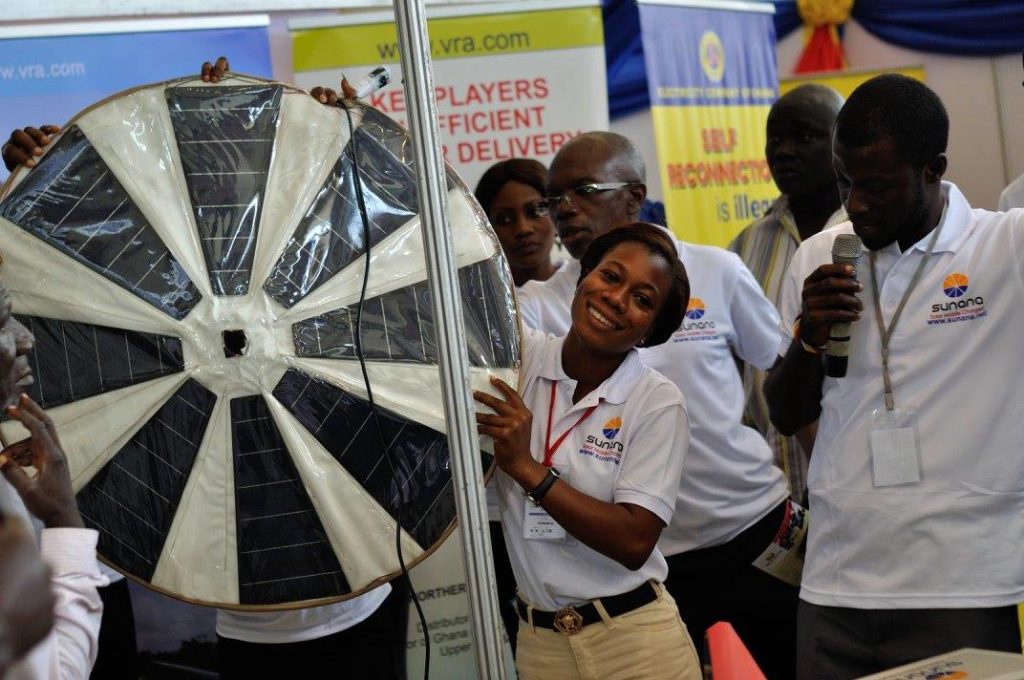 For Tse, this is not an elitist stance, but born from a perspective which is pragmatic and welcomes opportunity. “Our philosophy is that good technology migrates by itself,” he says. By creating the necessary pathways, he explains, the technology will reach rural areas organically. “Nobody ever had a subsidy or development programme for plastic buckets – yet in an isolated community in the middle of a forest, you’ll find a plastic bucket. You could argue that it is cheap enough; mobile phones are expensive in comparison. Yet even there, Nokia has never set up a foundation for rural integration of mobile phones.” The tendering process of working in rural communities is also an element which repels Tse. “Maybe if I were winning I would think differently,” he laughs.

There are some instances when Solar Light Africa has worked in rural areas. Around 120 street vendors are using the Sunana solar mobile charger systems, in a programme supported by the US African Development Foundation under the African Power Renewable Challenge. The popularity of power banks “pushed” their work to outside of urban areas. “We use a rental model and an agency model where people remit the funds back.” In a separate service contract for schools, logistics have proven to be expensive despite local support. “In these cases everywhere we go, we do train a local engineer, on a small scale.” 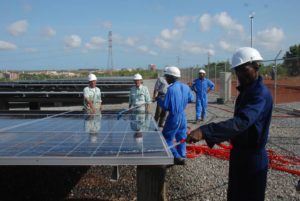 The company advises cleaning the panels to prolong battery life

In almost two decades of being in business, Tse describes the business as going through a “cyclical” process, rather than one of direct growth. Business naturally has peaked during Ghana’s many national power shortages, or “dumsor” (off-on). “The major ones were when we started, then in 2004, 2008, and the worst period was 2013-2016, which is when business picked up.” As for Ghana’s target of increasing its non-hydro renewable energy capacity to 10% by 2020, it is a “good and reasonable” target – though he believes the design of the programme could do with some work.

Permanent link to this article: https://e4sv.org/interview-mawuli-tse-solar-light-africa/