Energy for Displaced Communities: How could Smart Villages help?

Long Lamai is a Penan village in upper Baram, northern Sarawak, of Malaysian Borneo. Travelling to the settlement from the nearest town Miri takes eight hours on rough logging roads and an hour of hiking through the dense rainforest. Alternately, it is reachable by flying from Miri to Long Banga by an hour’s flight via a 19-seater Twin Otter and then taking a one-and-half hour boat ride to Long Lamai. It has been a partner in numerous research and community projects over the past Nine years, and it is gradually developing into a “smart village”.

Long Lamai is a very lively, gender and generation balanced village of approximately 598 individuals and 116 households. It is next to the river, consisting of individual (long) houses on 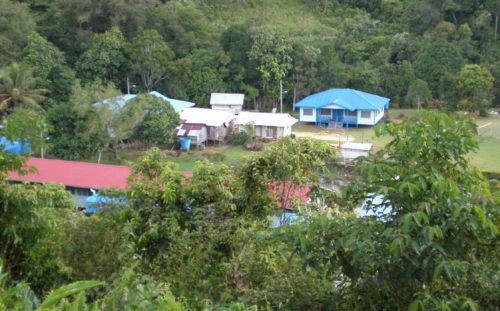 poles, surrounded by the rainforest. Due to its isolation, the people of Long Lamai live a subsistence focused agrarian lifestyle. Most people build their own houses and engage in rice and other farming, supporting a semi-sustainable life with everyone depending on the jungle, their immediate environment, as a source of food. Before Long Lamai was established, the Penan of this area were nomadic and survived by a rich culture of hunting and gathering. As a community they have established an egalitarian system, guiding decision making processes through community consensus.

Long Lamai has achieved major infrastructural successes, evidenced by the construction of new houses, rice agriculture, and electricity generated through hydropower and solar power. A telecentre was established in 2009, equipped with 5 PCs, several 12V200 solar-powered batteries, a modem, a wireless router, and a five-year subscription to internet service, provided through Maxis Communications Berhad. Long Lamai is probably one of the most advanced Penan communities having adopted Information and Communication Technology (ICT) into economic, social, institutional, and environmental activities, thereby providing a competitive edge and access to outside resources. 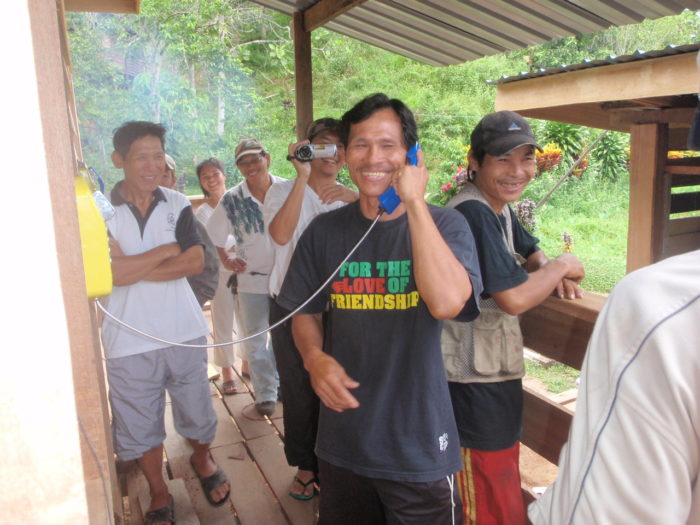 From 2009-2014, the telecentre provided full internet connection and Wi-Fi within the village. Since 2014 a mobile tower, which is also located in the village, has been the only access point for communication with the outside world. A number of households own their own laptops, with children spending a substantial number of hours playing games and religious songs but adults also use them for preparing speeches and letters for community meetings. Since 2009 the Long Lamai community has used  internet, computers and laptops, tablets, and mobile phones effectively for communication with fellow villagers in town, with external partners for educational purposes, marketing of touristic activities and the preservation of indigenous knowledge, as well as research and health related issues. 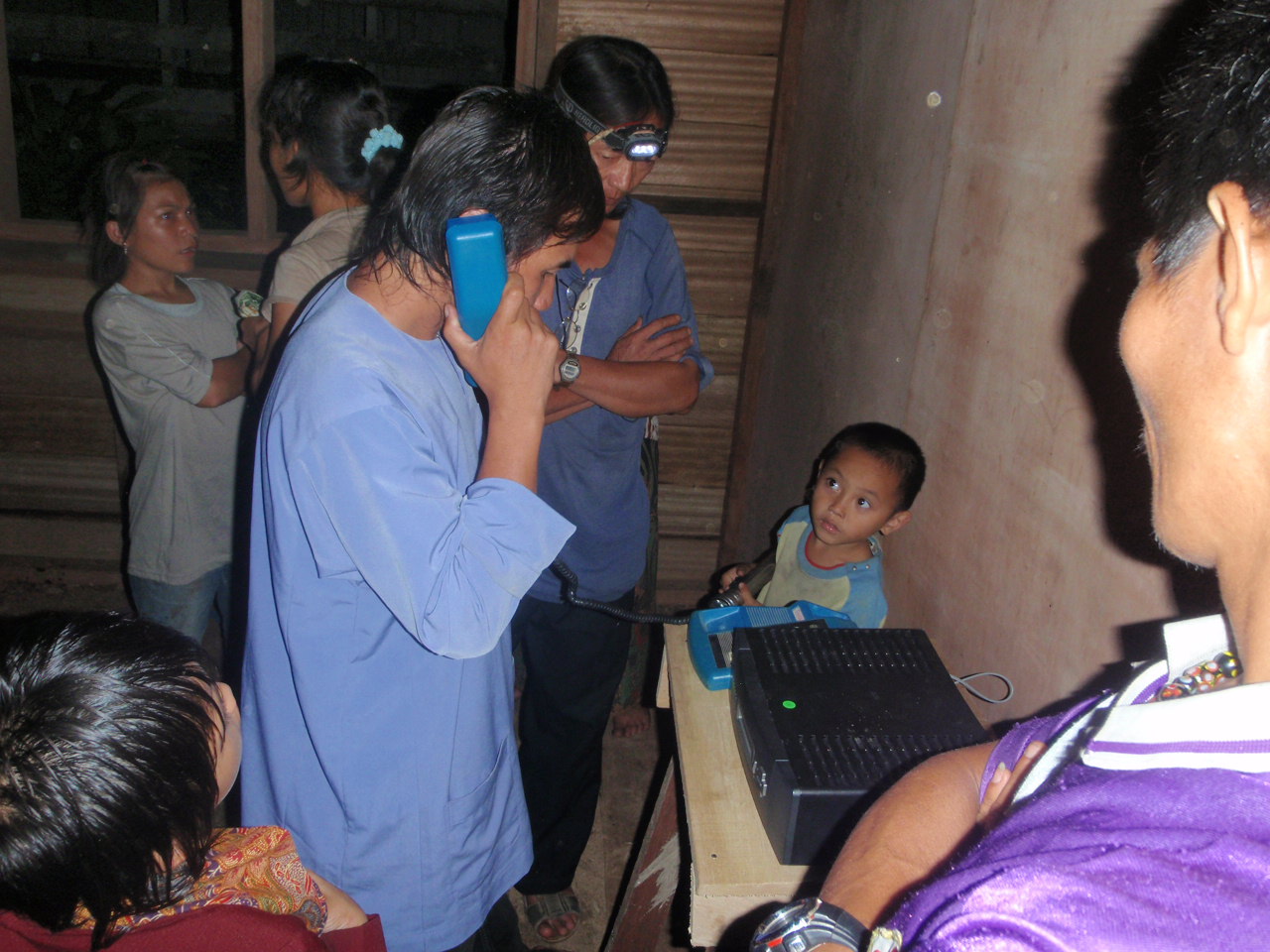 Community members are using telephone attached to the telecentre VSAT

However, challenges to the community persisted in the forms of water insecurity, inadequate energy generation, minimum opportunities of cash income, and unreliable access to ICT. 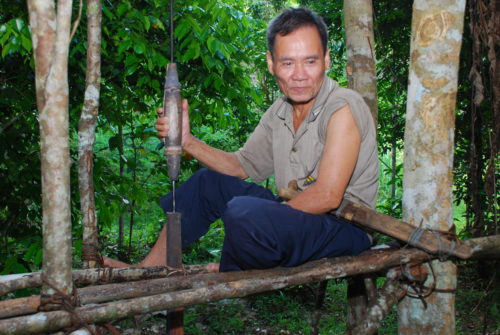 A community elder making a blowpipe

While Long Lamai villagers have shown great interest in most projects, not all projects could be maintained. In our recent visits we engaged the community elders to reflect and share their experience with development projects and to identify the key success factors for a smart and sustainable village. From a community perspective three major learnings have been expressed by the headman Wilson Bian Bilaré, namely long term prior agreements of projects, concurrent training, as well as preservation of unity in community.

Any project should be agreed with the community prior to commencement. The Long Lamai

community elders should be part of the planning, to ensure long-term sustainability of the project. The partners should discuss in detail the possible challenges, opportunities and potential effects of external interventions. For example, the telecentre ceased working in 2014 due to the expiry of the internet subscription as well as the failure of batteries. Locating proper funding to both revive and sustain service to the telecentre remains a challenge. According to Wilson, “there is a common perception about the Penans that they are not good at maintaining the provided facilities and this case can augments that wrong perception. The community could handle the situation better if they were aware about the possibilities and options.”  It is important to explore alternative technologies in exploring the best fit within a specific context. 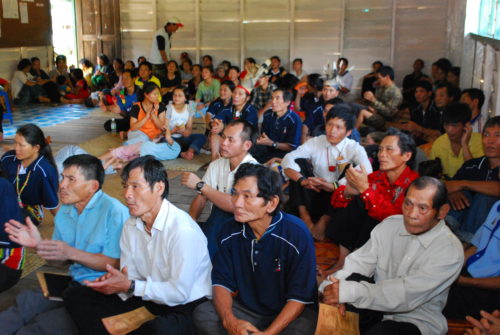 A community meeting in Long Lamai

A further important learning point has been that deployment of technologies is not very sustainable if there are not a set of community members sufficiently familiar with the technology to repair and maintain it independently of the outside partner. In Long Lamai, it is a common practice to develop local skills, so the people are less dependent on outsiders. For example, before 2009 no one in the village could make river boats but with the rise in tourists, today 4 to 5 people in the village can construct boats, which they have learned from neighbour villages. However, for repairing modern technology equipment such as computers, mobile phone and laptops and electric appliances they are still dependent on people in town. Hence, the village headman highlighted the need of local capacity building and training as an important aspect of each development project. 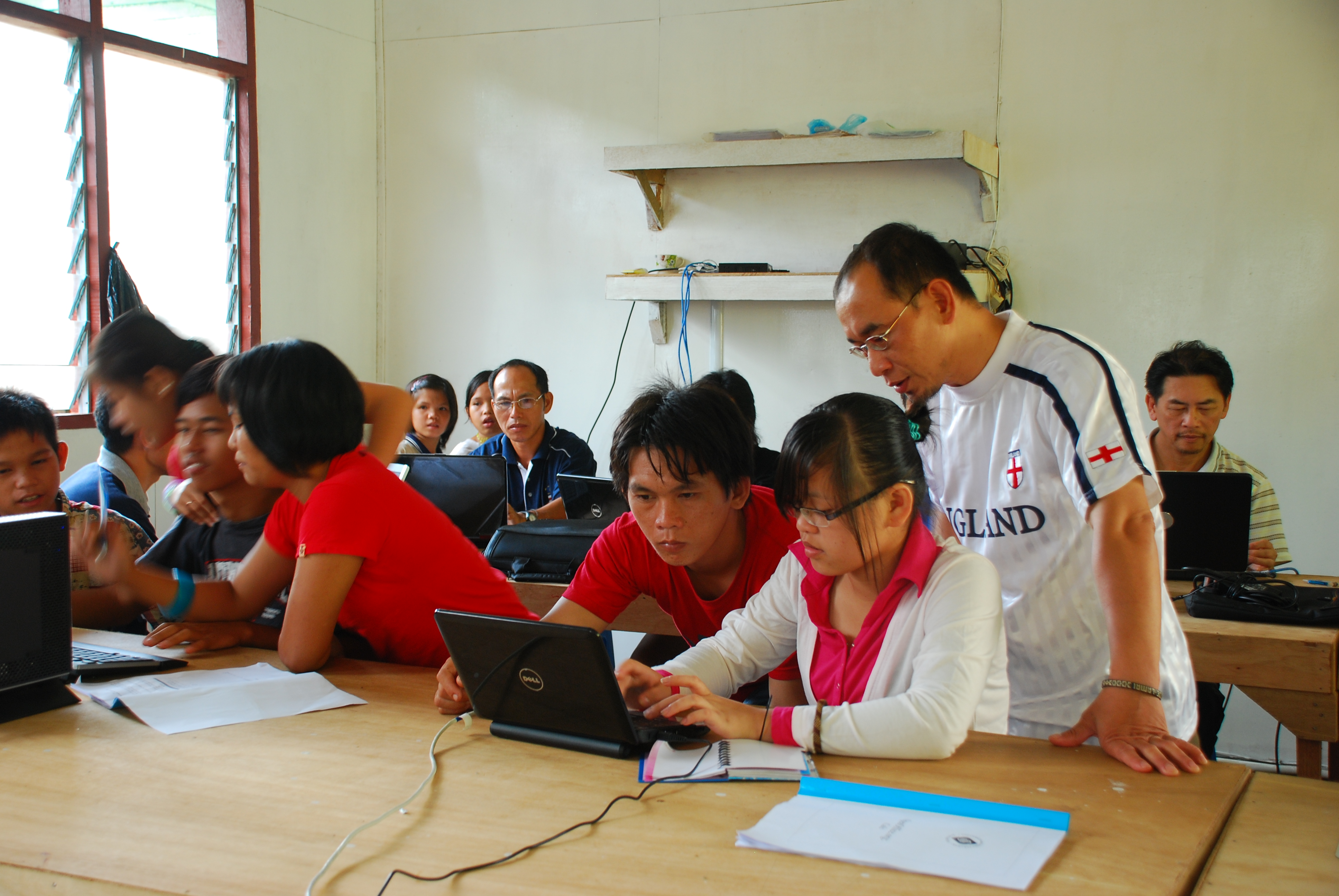 Unity has been expressed to be the most important feature guiding change and development in the village. Even historically, unity and solidarity have been the most important values practiced among the Penan. There is a standard protocol and procedure for starting a partnership and introducing a project with the Long Lamai community. According to the village headman anyone who wishes to bring development projects to Long Lamai should engage in detailed negotiations with the community elders and community members beforehand. They should discuss the process and outcome at the very start, everyone in the community must agree and only then can the project be implemented. The community prefers projects which can benefit the community equally, which is difficult but not impossible. If the project only benefits a set of community members, there will be a danger of division in the community. The community has witnessed other neighbouring villages that have been divided because of unequal benefits of the development projects.

In conclusion, while there is so much to learn from indigenous communities, especially in matters pertaining to stewardship of the earth and community empowerment, a smart village can only be created and maintained if the villagers make smart decisions. According to Wilson, the “village can be only smart if the people in the village are smart.” While a participatory approach offers independence and builds the community’s capacity for resilience, its successful employment relies largely on active community engagement, as well as sustainable funding from outside sources. However, we now recognize and re-emphasize the importance of having residents of Long Lamai determine exactly how ICT and other technologies are deployed, maintained and used. Residents have worked hard to carve out a village and yet preserve their intimate relationship with the environment and jungle in which they reside. As the community becomes more established, they seek to gain sovereignty of resources (energy, income, and information) in a way that supports long-term community resilience. 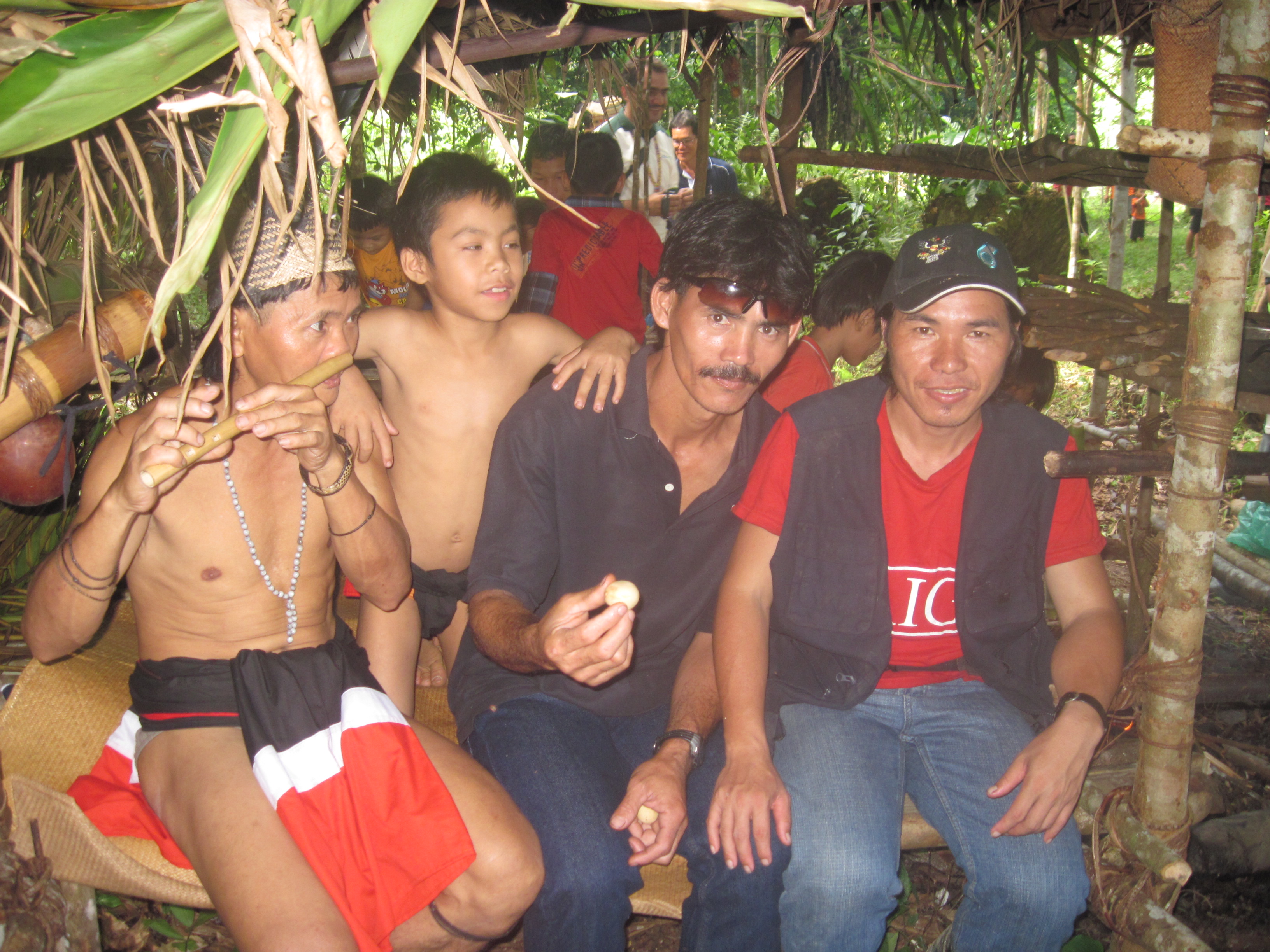 A community in transition

Permanent link to this article: https://e4sv.org/not-village-people-long-lamai-case-study-smart-village/