Held as part of Abu Dhabi Sustainability Week in January the World Future Energy Summit (WFES) is billed as the world’s foremost event dedicated to the advancement of renewable energy, energy efficiency and clean technology. The Smart Villages Initiative attended the four-day conference programme, which covered a range of key themes across clean energy.

We were particularly interested in topical sessions covering the future of global energy in a low hydrocarbon price environment, financing the future of energy, new projects in the MENA solar sector and climate change and the United Arab Emirates (UAE). 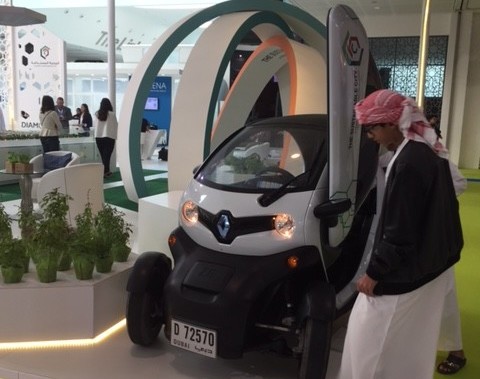 Commenting at the opening ceremony, His Highness Sheikh Mohammed,  Vice President and Prime Minister of the United Arab Emirates, underscored the UAE’s drive to achieve a diversified, sustainable economy as part of the UAE Vision 2021 national strategic plan.

In his keynote speech, Secretary-General Ban Ki-moon stressed the need to turn political will into decisive action on renewable energy and sustainable development, as part of the fight against climate change. He praised the UAE’s leadership in sustaining the political momentum in the wake of the Paris Climate Agreement, reached in December, to achieve a better future for people across the world.

He told delegates: “We have a vision, [and] we have goals. There is also political will. We are the first generation with an opportunity to end poverty, but we are the last generation with a chance to combat climate change. Clean energy is the key to both of these tests. Sustainable energy is the thread that connects economic growth, social equity and our efforts to combat climate change.”

Apart the from the discussions in the sessions, the overriding impression for the Smart Villages team from WFES was the growing confidence of stakeholders—from NGOs to private companies—that renewable energy will become a main component of the energy mix. As a statement of intent Sky Solar and others took stand-out pavilions alongside the oil and gas ‘establishment’, who themselves chose to focus on their own gas and renewables future vision rather than petroleum heritage.

The exhibition also reflected the growing belief in a sustainable eco-system, achieved through renewables and matched with technological advances. There seemed to be more electric cars on display than the Paris Motor Show, along with giant models of sustainable cities. Niggling issues such as charging seem to be well on the way to being solved. ABB showed their 5-minute station while there was a major buzz about some young techies hawking a new super capacitor around. We didn’t see that, but apparently it was not a mirage.

Permanent link to this article: https://e4sv.org/show-political-will-world-future-energy-summit/