Aleutia: From solar classrooms in a box to Africa’s emerging middle class

In the Himalayas, an entrepreneur brings energy–and trekkers–to remote villages

“My focus? Their livelihoods”

Paras Loomba, son of an Army officer, is the Founder of the Villagers at Lankarchey brok (GHE). After a successful International Antarctica Expedition in 2012, led by Robert Swan, OBE, Paras quit his corporate job to work in the field of renewable energy and sustainable rural development. Passionate about cutting edge technologies and their role in driving change in business and communities, Paras and his team are actively involved in providing solar based electrification to remote Himalayan communities.

Paras Loomba became passionate about remote regions, such as the Himalayas, while growing up the son of an Army officer who was often posted in remote locations. He studied electronics engineering and internship at Aerospace Labs in Bangalore. He then started his career with large high-tech firm, where he stayed for over six years. But he longed for remote areas. “In cities, everyone is in a rush. Life is so fast. I wanted calmness. I wanted to go back to the wilderness.”

When asked about his inspiration to return to remote areas, he said “I was watching a documentary when I saw a world famous explorer, Robert Swan.” He learned that Swan led a group of young entrepreneurs every year to Antarctica to raise awareness about climate change. But there was a catch: he has to raise US$20,000 to join this expedition. At first, it seemed insurmountable, but he managed to raise the funds. He went on the expedition and returned inspired. But upon his return, he also asked himself “what should I do with my life?” Should he continue in his safe job—or should he follow his dream? 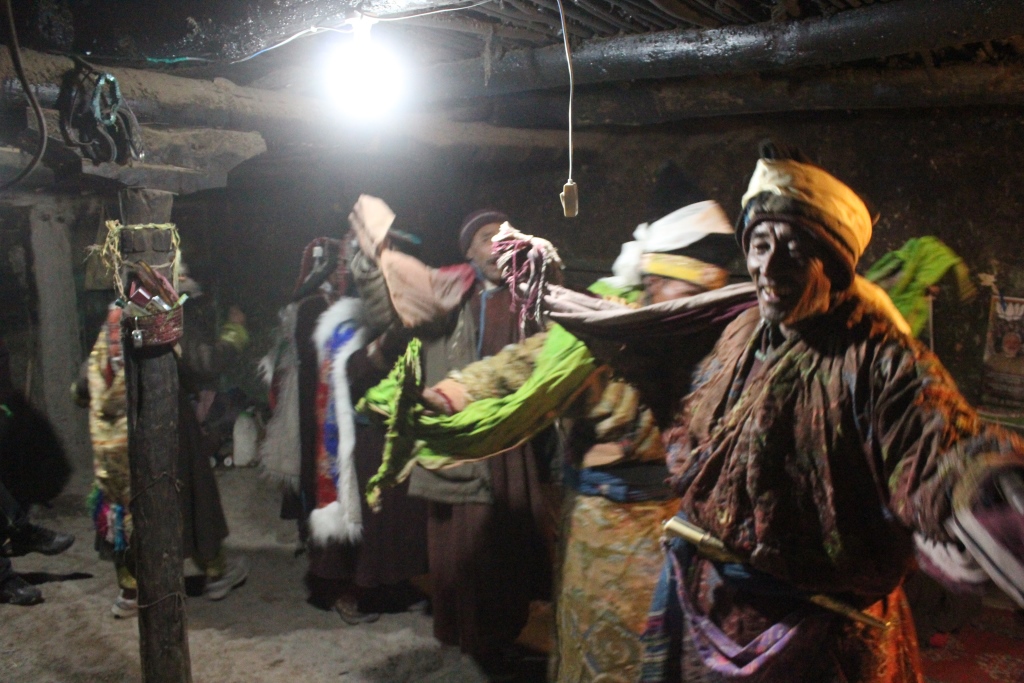 Impact tourism in the Himalayas

Fast forward to June 2013: he decided to make a solo trip to Ladakh, situated at 12000 feet in the Himalayas, and trekked to some of the remotest villages in the valley. He thought about leading a similar expedition to this very remote area—especially when he realized the need for basic education and energy: “it touched me. I needed to follow my dream,” said Loomba. He called Robert Swan and asked him to inaugurate his first expedition in Himalayas.

As part of his first expedition in 2013, Paras created an “Education Base”, which would serve 500 students from 70 remote Himalayan villages with little or no infrastructure, such as water or light. These students would learn how to implement hands-on clean energy and water projects for their villages.

But the next year, he had a new idea for a way to generate income both for the villages and for GHE: impact tourism. He believed that an expedition could create an innovative way of bringing energy and income to the remote Himalayan villages. 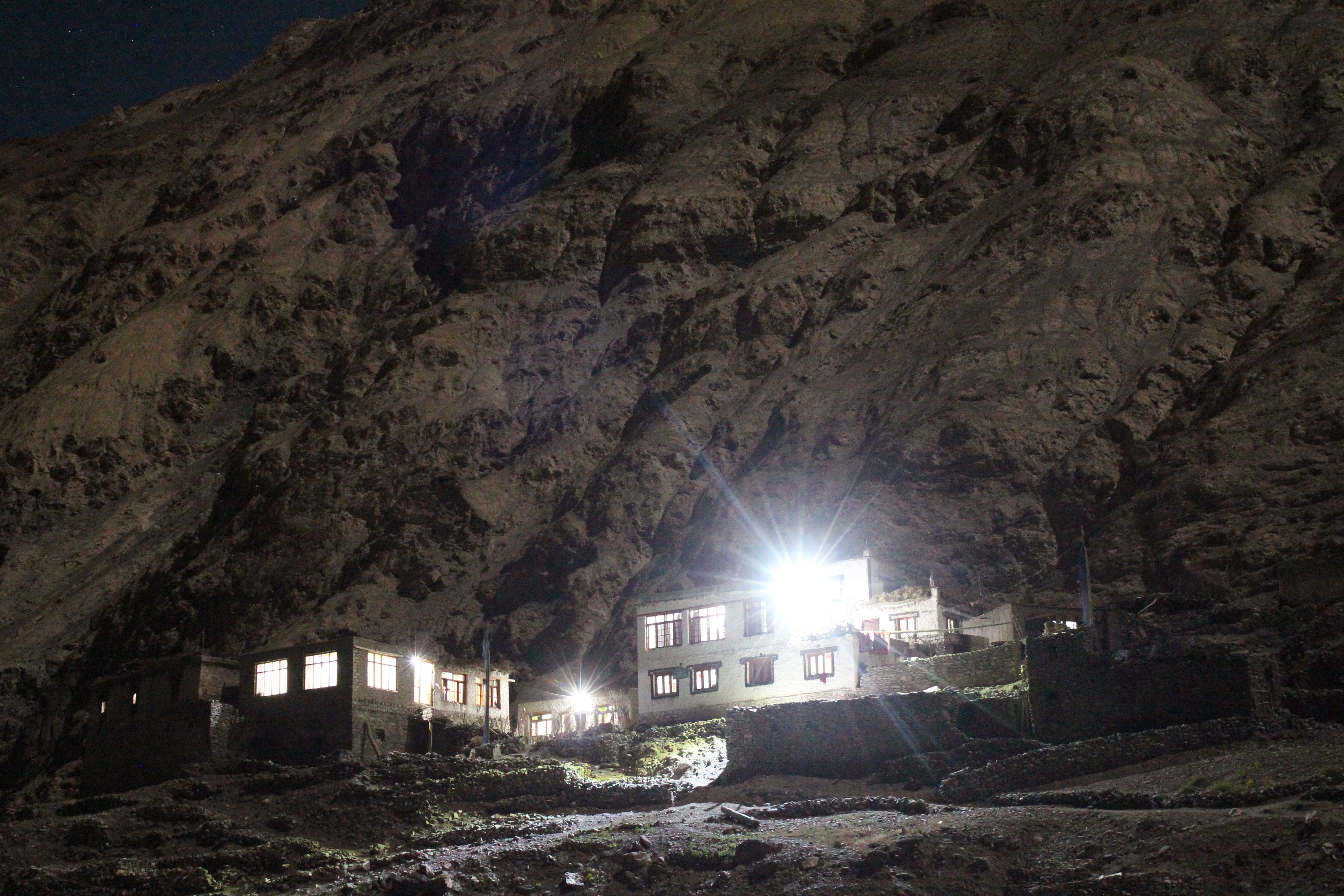 Moving from the 18th century to the 21st century

In 2014, he carried out a survey of 10 villages, looking for an energy solution that would be best suited for their needs. A direct current (DC) solar micro grid was eventually chosen because DC will be non – fatal and will not provide electric shock to people. In addition, there were customized LED lights working on DC. He wanted to see the “ancient communities of the world” move from “the 18th century to the 21st century with simple and clean technology.” From his perspective, “we don’t light villages—we power them”.

In this process, he learned that the government actually had no plans for energy in these small villages, many of which are up to 2,000 years old and require a trek from 1-10 days with 17,000-18,000 feet mountain passes. When India gained independence, the Prime Minister promised water and light for everyone. But “65 years later, there was no sign of what we heard”.

Electrifying a village requires buy-in from the local government and the villagers themselves. As Loomba explains, “we want to invest in villages. So villages open a joint account. Two villagers are elected to hold the bank account, and the villagers pay a connection fee of US$3 per person. Then a tripartite agreement is done with the villagers, local government, and local head of the area.” The local head of area then gives GHE a no-objection certificate to electrify the area that states that this village is not likely to be electrified by the government.

The villagers’ monthly payments go into the village account, and GHE also receives a quarterly report. If the fees are not paid, GHE takes away equipment warranties and stops sending tourists. But fortunately, the villagers value the energy as well as the extra income from tourism. In terms of GHE’s sustainability, they earn income from the specialized trekking expeditions they organise to the villages.

In the past year, GHE electrified nine villages in three months, as well as a pilot village. The biggest difference for the villages?: the income level increased. Trekkers used to camp outside homes, but now, as part of impact tourism, they are welcomed into villagers’ homes and pay US$11 per night for a room and a meal. Two of the nine villages that have been electrified were chosen as pilots for income generation. Handicrafts are also an area of potential income generation—but getting them to the market remains a challenge.

Other villages have started to get in touch, requesting that GHE comes to their villages. “You want the community to value it; they should ask for it”. He added, “if you do anything good, it spreads; if you do anything bad, it also spreads”. 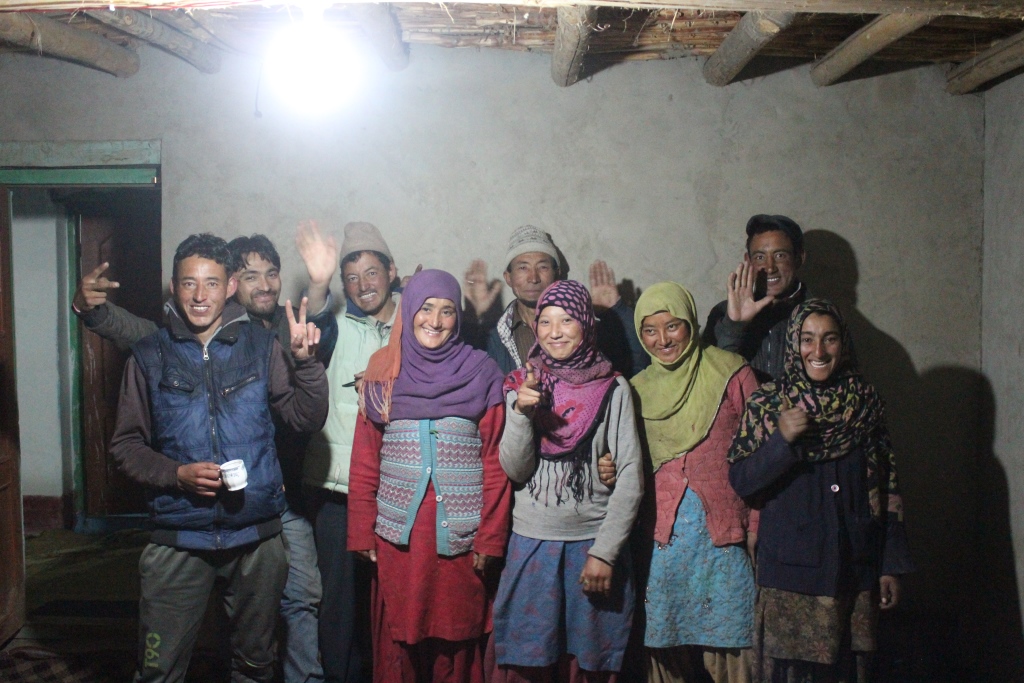 Advice for other entrepreneurs

Loomba advises other entrepreneurs to look at both the sustainability of the social intervention as well as the sustainability of the enterprise: “don’t just rely on grants; they are a one-time solution”, he said. He also warns social entrepreneurs not to see business as “bad”: “if there is no return coming back from the community to you, then you and the community can’t grow”. After working in these remote areas, Loomba believes “you can crack any business.”

As an entrepreneur, “the first thing is: if you believe it can happen, it is worth giving it a try”. In terms of risk, getting government approvals for electrification helped to mitigate his risk. Ultimately, “you need to take a leap of faith if you want to be a game changer.”

When asked about GHE’s future, Loomba sees it as a company that will diversify beyond organising trekking expeditions, though this will remain a part of the business model. GHE will most likely develop more DC products that are energy efficient and low-cost. They may also move into a wireless solution with a telecom operator.

Most importantly, Loomba says, GHE is trying to learn from its pilots. There will be 40-50 villages that receive light by autumn 2016, but he wants to see them move rapidly to the next level of energy for TVs, wireless internet, and health centres. Then, entrepreneurs can develop in the local area and sell their products. These villages will then be “smart villages”.

Permanent link to this article: https://e4sv.org/interview-paras-loomba/