Saddek Fenardji remembers a local mayor’s surprise at how off-grid energy shaped Akonolinga, a town 70 kilometres away from the Cameroonian capital Yaoundé. “We built 250 street lights in a city of 20,000 inhabitants, which was otherwise totally in the dark after 6pm,” he says. “I didn’t expect that either, but shops and small businesses starting opening up directly underneath the solar-powered street lamps.”

Canopy has also worked in rural areas in France, providing solar street lights. The company first started operations in Paris in 2008. “We felt the solar business would be a revolution, just like mobile phones were in the early nineties. It’s not a revolution for the moment, but in the next decade it will be; look at how the price of solar panels dropped, around 80% in the last five years. And it will continue.”

The company’s initial development of solar projects in France and Italy were “no longer profitable” due to a state decision. “The warranty price of solar electricity ended; the national electricity company, EDF, couldn’t purchase our warranty tariffs. There were no subsidies.” Many other companies in a similar position faced bankruptcy, says Fenardji. Canopy looked in a different direction: Africa. In 2012, the company opened an affiliate in Cameroon where there is a staff of 15. Fenardji came from a finance and consulting background to the energy industry, and now runs Canopy’s operations in Cameroon.

The choice was made since it was a country where the company had contacts, saw “no competition at all” and could contribute to its low electrification rate of 5%. Around 70% of the 12.2 Cameroonians live in rural areas. In the town of Akono, Canopy built an off grid solar power plant for a convent, Soeurs de la Croix. The hybrid plant encourages saving fuel by using electric generators. In the town of Bipindi, 20 solar street lights were installed.

The ‘100 villages solar electrification’ projects aims to install solar box kits and hybrid mini photovoltaïc plants in 100 isolated villages in 2 main areas: the Bakassi peninsula in the south west, and the Pygmies area in the East. “During the feasibility study, we saw that one man was randomly selected in a very isolated village to collect mobile  phones. He would take the wheelbarrow 10 km away to a spot where he could reload the phones, and bring it back to the village in the afternoon.” 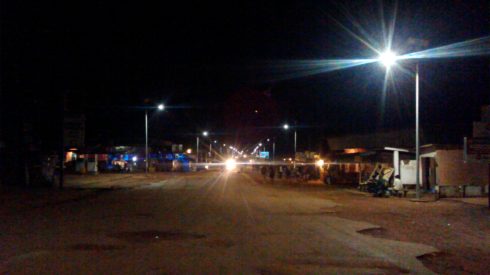 The company opened subsidiaries in Burkina Faso, Senegal, Ivory Coast and Guinea-Bissau. In 2016, the year that the founder of the company left, the latter three of those subsidiaries closed. A new shareholder came in, opening a new affiliate in Madagascar. “These are French-speaking countries, and there are similarities in regulations as in France, such as accountability, or in the corporate-legal sense. There is a cultural proximity.”

There are challenges though; getting paid being one. In Cameroon, 50% of Canopy’s projects serve public markets, issued by the energy ministry. Funding for the other half of the projects come from NGOs and private companies. “Since the price of oil collapsed, Cameroon is going through an economic crisis. We will be paid, but there are difficulties in collecting the money. We have to wait. This is why we do not want to expand very fast.” Other challenges include finding good electrical engineers on the ground, and dealing with tax. The company, which employs 25 people, expects to be profitable by late 2018. 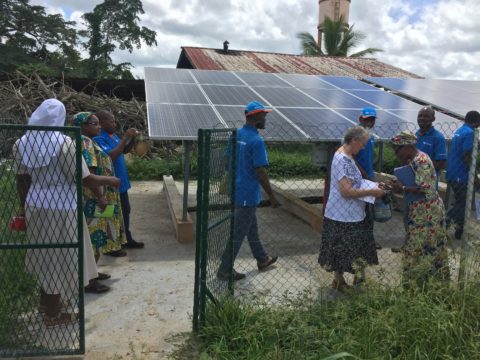 In a joint venture with a company in Paraguay, Canopy’s other new direction is to focus on biofuel, produced from the pongamia tree. The idea is to sell this to oil companies, and within Madagascar. “It will have an environmental and socio-economic impact on hundreds of farmers there,” says Fenardji. “There will be the rehabilitation of thousands hectares of degraded land. A vegetable oil produced from the tree could also replacement for expensive imported kerosene and coal; coal is the main source of energy for Malagasy households, and communities are putting pressure on the forest for the wood. Finally, pongamia can be used as fertilizer, or be recovered in animal rations.”

Permanent link to this article: https://e4sv.org/interview-saddek-fenardji-canopy/